1. Watching the hotel receptionist ignore you and speak to your husband, explaining stuff and giving keys out, even though you are paying the bill and the room is in your name (which is entirely different from his).
2. Turning up at a new theatre gig and watch the front of house staff explain to my husband (who drove me there and is only walking me in and is not a comic) where the green room is and shaking his hand, assuming he must be the headline act and not me.
3. Computer staff asking my husband what his job is to get a laptop to suit his needs when in fact it was me who asked them for assistance and he was only standing beside me.
4. People assuming I would wet my knickers to run to the ‘Prosecco and Cupcake’ table at a charity event.
5. Organisers ignoring every male comic in the room to tell specifically me that ‘this event would prefer if swearing was kept to a minimum’.
6. Having a woman apologise in advance for my language at a comedy/political event after four men had sworn onstage before me. She gave them great introductions with no ‘bad language’ comments.
7. Men asking me what my husband thinks of my job.
8. Women asking me what my husband thinks of my job and did I feel like a bad mother leaving my daughter in her father’s care as I pursued my career.
9. Audience member’s telling me they don’t normally like female comics, but I was good.
10.  People asking me if my comedy is about my vagina and hating men.
11. When explaining my husband doesn’t work, having to listen to men assume he must be secretly resentful I make money. You are not allowed to reverse that question on them, apparently that’s me being defensive.
12. People asking me if being a ‘woman
comic’ is actually a real job.
Come see 2 funny women at Glasgow International Comedy Festival MARCH 2015 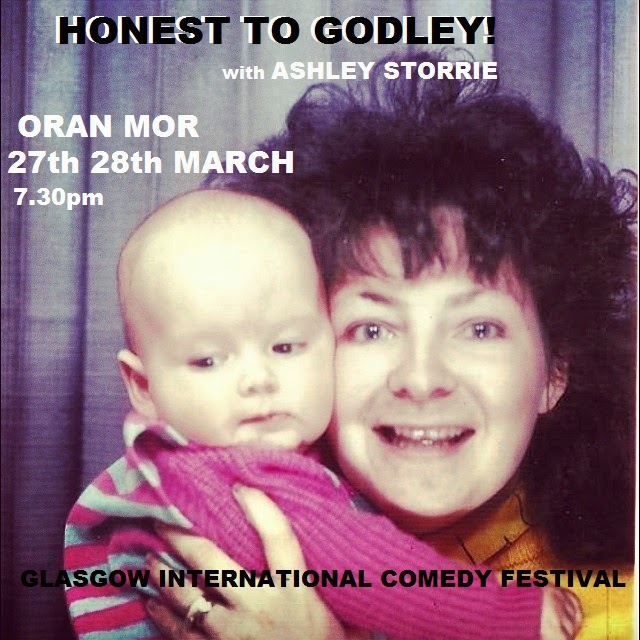