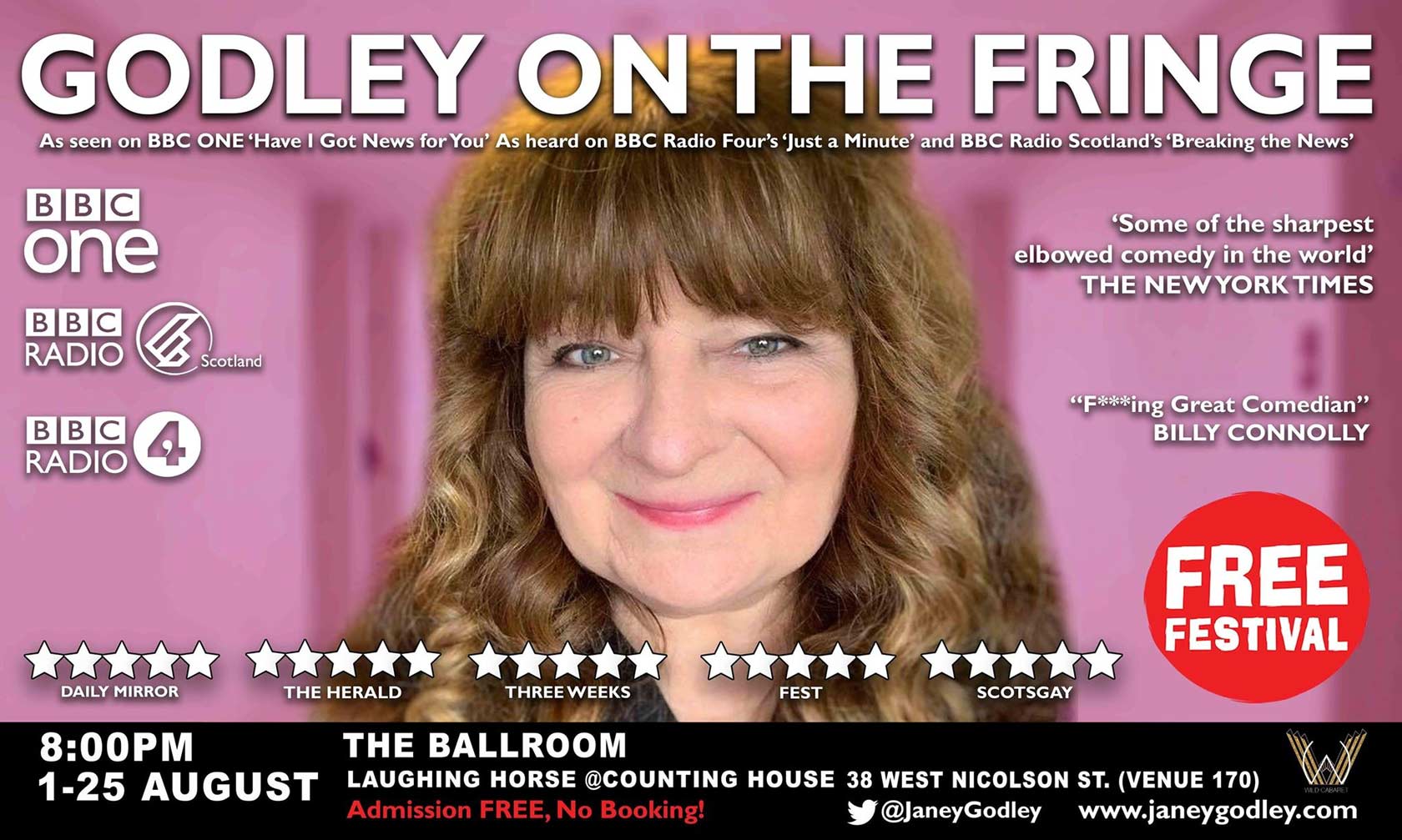 Godley on the Fringe

You do not need to buy tickets, and you cannot book in advance. Entrance is on a first-come basis, so come early.

EVERY SINGLE PENNY we collect in the BUCKET at end of the show goes to us. Not one penny is filtered through a promoter or producer, ticket fees, credit card charges…NOTHING….we give the loose change to homeless and we keep and pay tax on the rest.

A straight honest transaction between audience and artist at the fringe – the way forward people.

The only people getting rich off our backs at the BIGGEST ARTS FESTIVAL in the world – is the people who own the bucket.

Nobody should be too poor to see comedy. If you are skint, DO NOT put a penny in that bucket.