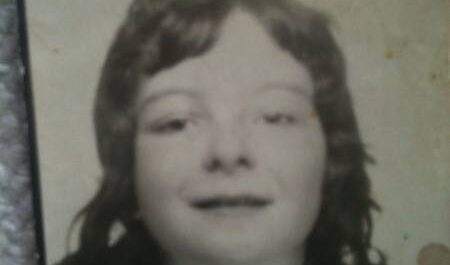 I AM MY MOTHERS DAUGHTER

“Mammy, can I have ice cream?” I was stood outside a shop in my home town of Shettleston pointing at the Walls Ice Cream display as the scorching sun slowly melted the tar on the pavement and stuck to my brown plastic sandals.

My mammy shot her head round, like a gun had gone off and gave me the stare that said ‘Do not ask for stuff in front of people when you know I have no money’ I was six years old, I knew the rules, but the sun was so hot and the ice lolly looked so inviting I thought I would take a massive leap of faith and imagine she had money for ice cream in her purse. The thought of sucking on a fruity iced lolly made me almost hallucinate with excitement. My mammy’s bristling anger could be physically felt as she carried on talking to the woman, even Major my violent dog’s tail dipped between his legs and he whined. I was in trouble, there was no way I could argue my way out of this. In fact you couldn’t argue with this, we didn’t argue with our parents.

You see back in the 60s we didn’t know tantrums existed, wee poor working class kids thought ‘tantrums’ were an imaginary, like DisneyWorld, we knew it might be a real thing but we didn’t know anyone who had gone there. We didn’t know kids who screamed at their mammy and get what they wanted by kicking or swearing at her, that didn’t exist in our life time, that was something drunk daddies did when they came home from the pub and spent the next day really sorry.

Who shouts at their mum? Nobody unless you had a brave demeanour or a death wish. As kids in the poor inner cities of working class Glasgow (which was all I knew) we never went against our mammies wishes, we knew she was poor and we knew everyone was pretty much in the same boat. I once saw a girl with ribbons in her hair push a really expensive shiny dolls pram and asked my mum “Can I get a doll’s pram like that?”

Mammy laughed out loud and said “Her mummy only had one child, if you want I will have another two and you can push them all you like in a real pram, and I will have more babies to love” then she wrapped her coat tightly and walked off laughing. I was in a state of shock, I was the youngest child of four and didn’t want a baby in our house and immediately burst into tears, my mammy turned round and shouted “Changed your mind Janey?” and hugged me. My mammy used psychological powers to dissuade me wanting stuff.

It was the same with food, you got served a dinner and if you didn’t like that food you ate bread and jam, as my mammy didn’t cater for six people’s individual culinary tastes. Back in the those days, you ate turnip, potatoes, butter beans and a wee bit of cheap cuts of meat, if you refused to eat that you were made to feel like spoiled prince who killed his own people with a pointed spear in the eye. Someone at our table would immediately take it off you and pick away at it and you went to bed hungry. Quite rightly so, who could afford three different menus?

I recall Ashley bringing home some friends from school, they were about ten years old. One girl asked me could they eat crisps before dinner and I simply said “No” and carried on making the pasta. The wee girl pleaded in a mock whiny voice “Please, please pretty please” just then I heard Ashley whisper “Don’t do that my mum doesn’t like that, she said no and that means no” I smiled as I knew I was finally my mother’s daughter.